Christian has a 4th Degree Black Belt in Brazilian Jiu-Jitsu and is fluent in Portuguese, Swedish, English & Spanish. He opened the first Carlson Gracie Academy on the Valley Isle of Maui in Lahaina, Hawaii in 2008. 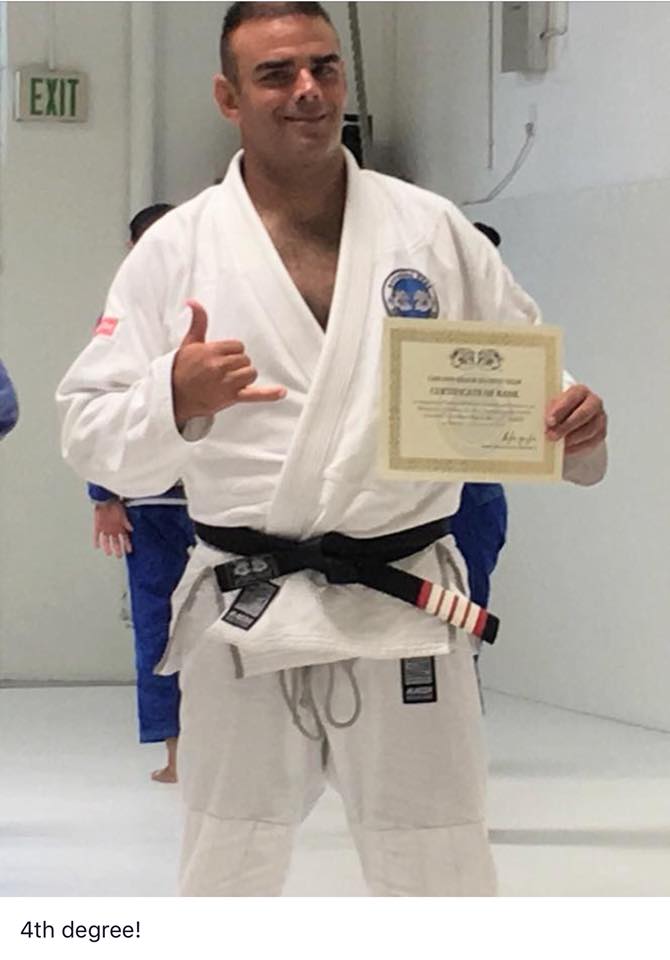 Many of the best Jiu-Jitsu fighters are athletes who have been trained under the personal tutelage of Carlson Gracie Sr. or by one of his students. Among some of Christian?s teammates are well known UFC and BJJ fighters; Vitor Belfort, Murilo Bustamante, Ricardo Liborio, and Rodrigo Minotauro Nogureira.

While most of his friends were studying to become doctors and lawyers, it was Christian?s goal to become a Jiu-Jitsu black belt, and his multi-national background gave him the diversity to help him expand Carlson Gracie Jiu-Jitsu by opening the first Carlson Gracie Academy?in Europe in 2000. While in Sweden, Christian attended?www.boson.nu, a sports leadership school from 2004-2007.

Christian was later invited by the Gracie family to California to teach Jiu-Jitsu at?www.carlsongracietemecula.com which eventually led to his jump to Maui, Hawaii in 2008?where he opened the first CGJJ Academy in the state.

His students range from white belts to black belts and each year Carlson Gracie Jr. among other guest such as; Amaury Bitetti, Rey Diogo, Roberto?Cyborg” Abreu, and Marcus Soares, to name just a few, stop in to train or give seminars.

His recipe to create champions is proven each time one of his students steps on the mat to compete.
So far, his students have competed in Sweden, California and now in Hawaii repeatedly taking the top rankings in each division.

Christian?s school on the West Side of Maui is creating a good environment for men and women of all ages who are embracing the original brand tenants of hard training, discipline, integrity and self-control which in return creates a better community here in Maui, Hawaii.

?It is a great pleasure to see someone who goes from being an infant on the mat where they?re just learning how to fall and do the basic moves to developing the confidence to compete or to watch them excel over time as they begin to master the art and techniques of Brazilian?Jiu-Jitsu.?

This is a demo store for testing purposes — no orders shall be fulfilled. Dismiss